Cell-ebration was created during a public steamroller-printing event held at the Lawrence Art Center on May 27, 2017. The whole cloth quilt began as a colossal woodcut that I hand-carved over an eight-week period. My design was inspired by the drawings of Eduard Van Beneden, a 19th century Belgian scientist who carried out pioneering studies of cell division (Recherches sur les Dicyemides, 1876).

Cell-ebration is currently at the Cider Gallery in Lawrence, Kansas for the Lawrence Art Guild show from November 24, 2017 through January 19, 2018. 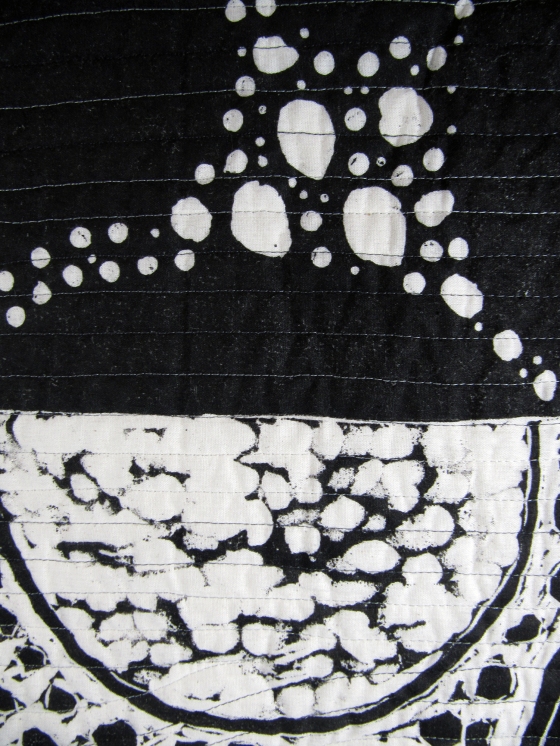